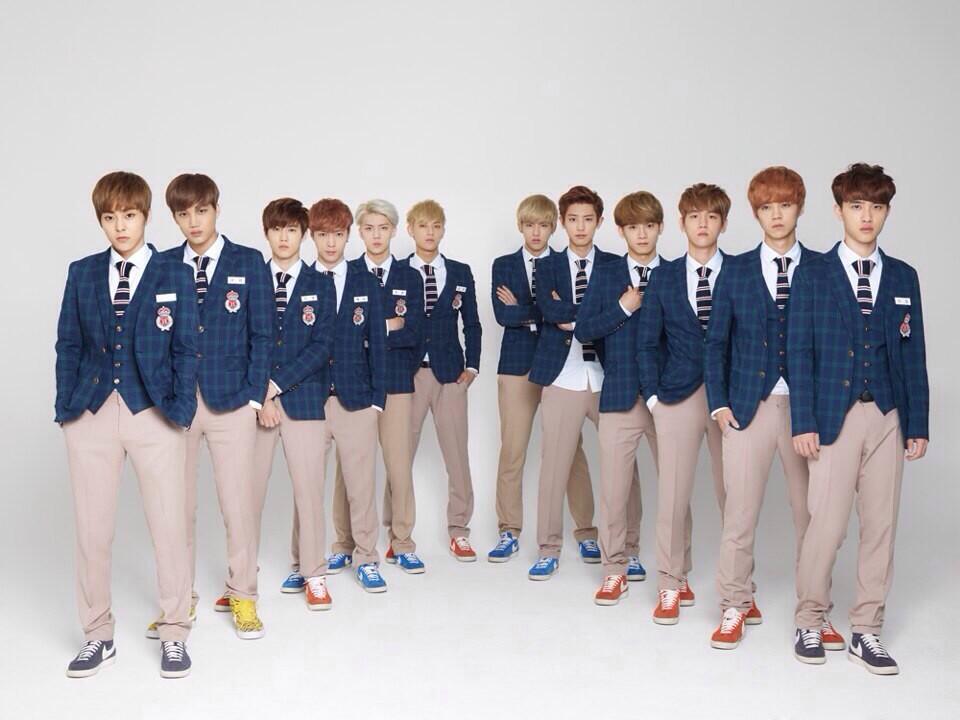 To sum up information about EXO’s SHOWTIME revealed today:

1. it will air in late november.
2. the program will start off with the concept of reply variety.
3. there will be 10-11 episodes.
4. scenes of exo street shopping and drawing mural painting will be included.
5. they had their first filming at bundang (mural painting), yongsan (d.o. was spotted at cgv/cinema), and cheongdamdong.
6. the program will “show the candid daily life” of EXO.
7. EXO will answer fans’ questions (posted on official site http://www.mbcplus.com/exo/ or on its official twitter page).
8. it was originally scheduled to air in october, but because of EXO’s busy schedule, it has been delayed to november. 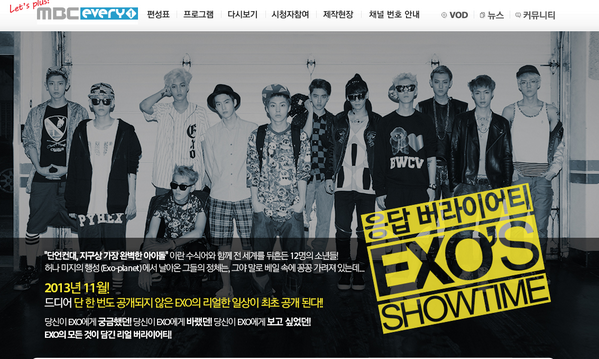 EXO will have their own variety show on MBC every1 ‘EXO’s Showtime’.

It will start airing around November (no specific date has been mentioned). MBC Plus is accepting questions from the fans on their official site right now!