END_OF_DOCUMENT_TOKEN_TO_BE_REPLACED

Shuan Laoshi brought me to make pizza~ It was my first time. He said that this is the time for us to take risks hahaha Oh, that’s right, today is Friday ~ haha
Trans © Icingonyou 2015 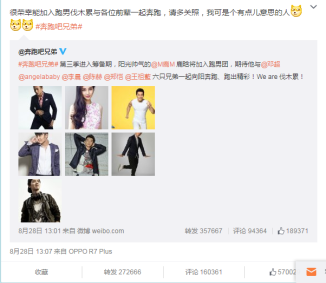 It’s my honor to join the Running Brothers family and be running with each of you Seniors. Please take care of me. I’m a bit interesting of a person #Running Brothers#
Trans © Icingonyou 2015

END_OF_DOCUMENT_TOKEN_TO_BE_REPLACED 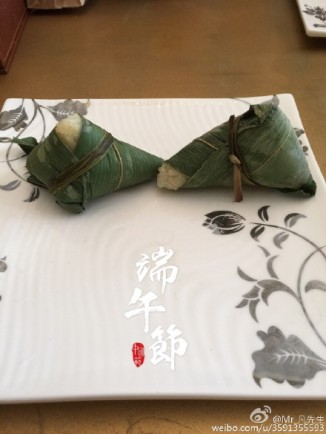 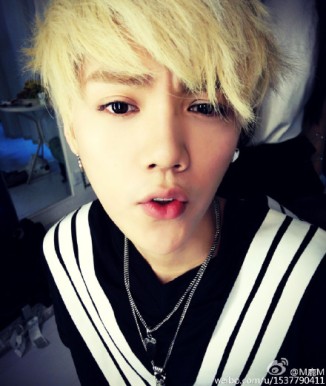 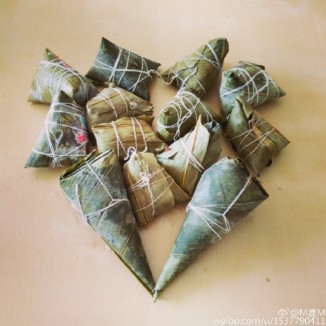 It is said ✌ = fighting + work hard continuously + in the meanwhile give a like.
Source © M鹿M
Trans © Icingonyou 2015 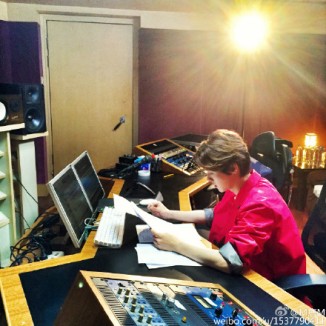 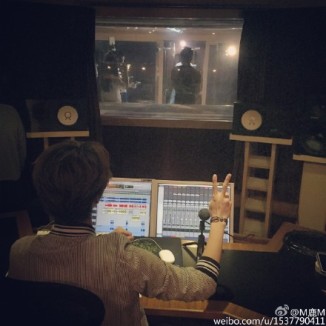 My team members include you ~ Where are you? Go ahead and play, I will be there in a bit
Source © HZT-ao
Trans © Icingonyou 2015 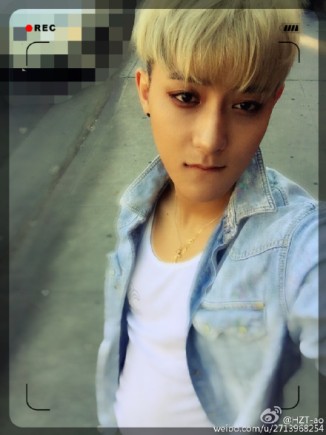 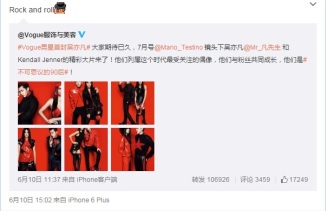 Rock and Roll
#Vogue First Male Star Wu Yifan# Everyone has waited for a long time. In July issue, under @Mario_Testino’s camera lens, Wu Yifan @Mr_凡先生 and Kendall Jenner’s interesting pictures are here! They belong in the group of idols who are most followed. Along with fans, they grew up. They are #Unbelievable 90’s Children#!
Source © Mr_凡先生
Trans © Icingonyou 2015

Have a bit sadness ~ For vacation, where are you going?
Source © M鹿M
Trans © Icingonyou 2015 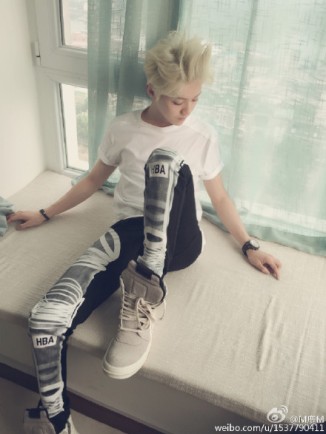 I just successfully donated on the “getting cold for the rare disease awareness” charity page! You should immediately tag three of your best friends, and together participate in the #IceBucketChallenge, and donate to ALS through its charity that is set up to support the rare disease community (who are nicknamed “cold people” because of the shrinking of their muscles due to the disease). Give your strength to those with the rare disease by “getting cold” via charity! Do you accept the challenge?
trans © Icingonyou 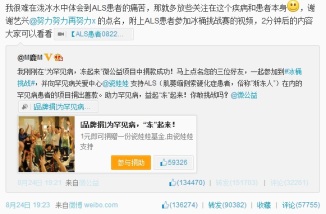 It’s difficult for me to understand the pain ALS patients undergo by pouring ice water on myself, so let’s put more interest on the disease and the patients ☺ Thank you Lay nominating me. Attached is a 2 minute video of ALS patients taking up the Ice Bucket Challenge
Trans © Icingonyou

@Vicki Zhao When I was thinking of you, you appeared! It was that late, that far and you were that tired, and yet you still came over from the Shunyi Film Festival. Hugging you is a bliss! My fellow partners look so shy ~ @ Director Leste Chen @ Wilson Chen @ Luhan ah… I didn’t leak out my costume/attire in the movie right? #Backto20# 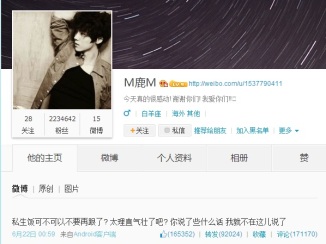 Sasaeng fans could you please stop following me? Aren’t you a bit too righteous? The words you said, I won’t bother saying them here.

Red (Lay reblogs and comments): I don’t care who you are but don’t bash my family don’t touch my fans they are everything that is precious to me in life
Blue (Lay’s mom’s weibo acct):That weibo user sweeet朦胧朦胧月光, I don’t know how you at such a young age can be so venomous, have such a twisted mind, I sympathize with your parents, and also send the blessings which you have sent me, back to your whole family! Anyone can curse at people, but cursing at you makes my mouth dirty! 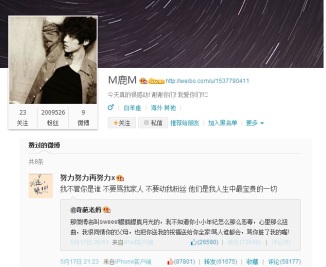 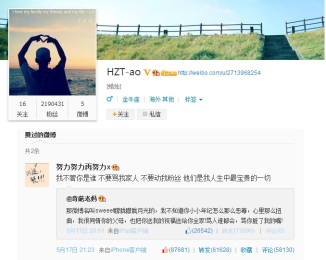 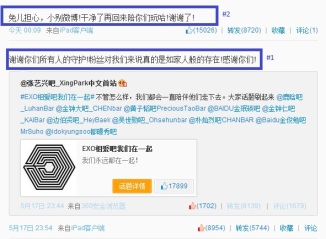 Blue #1 : Thank you all for your protection! For us, fans’ existence is like family! Thank you!
Blue #2 : To avoid worrying, it’s best to Weibo less! When it’s clean, I will return to play with you all! Thanks! 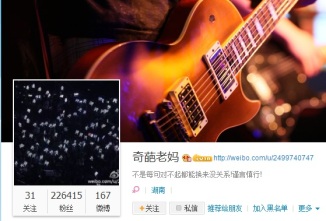 Not every “Sorry” can exchange for “Oh, it’s nothing!” Be careful with your words!

We promise everyone, thank you for loving Lu Ji Pork Cakes (or pudding), afterwards it will be good to go to Lao Gao cobby. Lets work hard together, wish you peace and good health.