On the morning of May 15, Sina.com reported that “EXO-M’s leader Kris has filed for a termination of his exclusive contract with SM Entertainment.” The article stated that the news had not yet been confirmed, and then listed a few reasons on why Kris might be filing for a nullification of his contract (none of which have been confirmed by Kris or his lawyer thus far).

After that, various Korean news portals announced the same thing, citing Sina as the source of the news. Upon getting in touch with SM Entertainment, it was reported that SM was not even aware of the lawsuit, and that the company had stated that such rumors “are unheard of.”

However, after a few hours, the Seoul District Court confirmed to eNews that they’d received a lawsuit request under Kris’ Chinese name. (The documents pertaining to his lawsuit can be searched on the Court’s website.) They also reported that the Hankyul law firm would be handling the case on behalf of Kris, and that Cho Bum Suk, the same lawyer who represented Hangeng in 2009, would be representing Kris personally. The law firm’s representatives have therefore confirmed that Kris has filed a lawsuit against SM Entertainment for a termination of his contract, and they expressed their wish to handle the case as discreetly as possible, without revealing any details to the media.

In response to the Seoul District Court’s confirmation, SM Entertainment stated that they are “still looking into the facts regarding Kris’ request to terminate his contract,” that “it is a rather bewildering situation,” and that they will do their best to ensure that EXO’s activities go on as planned.

On the May 15 episode of M!Countdown, Osen met up with Suho in EXO-K’s waiting room, where they managed to ask him about his opinion on the dispute. Suho stated that he and the other members had a long conversation regarding the lawsuit and that they do not understand Kris’ actions at all. He also stated that Kris’ behavior is “irresponsible” and that he clearly was not thinking of EXO (when he filed the lawsuit). He added that the rest of the members do not have issues with the company, and that Kris should “cancel the lawsuit immediately and apologize to the company and his fellow members.”

Regarding the rest of the members’ reactions, Tao unfollowed Kris on both his Instagram and Weibo account, while Chanyeol, Lay and Luhan unfollowed Kris on Instagram. Sehun posted a picture of a question mark on his Instagram with the caption “…” while Chanyeol posted a photo of EXO’s logo with the caption “encourage the good, punish the evil.” Tao, however, posted this picture with the following message attached:

He posted the same message on Weibo and stressed that it was indeed he who wrote it:

Off the record: this is all we really know so far. There are still many things left unconfirmed. What we know for sure is that, yes, Kris has filed a lawsuit against SM Entertainment. The reasons behind this remain undisclosed. Do not buy into the rumors and conspiracy theories you find online. Trust that Kris and EXO will be able to pull through this and that everything will turn out well, whatever the outcome may be.

EXO is hosting their concert “EXO FROM. EXOPLANET – THE LOST PLANET” in commemoration of their second anniversary since debut. EXO’s first solo concert will be held for two days on the 24th and 25th of next month at the Seoul Olympic Stadium gymnasium.Ticket sales started at 8pm on the evening of April 16th on the Gmarket website, and were sold out in a record time of 1.47 seconds. With interest in ticket cancellations getting higher, netizens predict that tickets will be freed up on the Gmarket website in two days between 4 AM and 4.20 AM.

EXO is participating in the mourning of the sinking of a ferry, and cancels interviews planned for the 17th. EXO, who had just held their comeback show for their second mini album on the 15th, was supposed to meet with reporters on the 17th. But due to the accident on the morning of the 16th their plans were changed. Their agency reports that “With the sinking accident, we decided that going on with interviews would be disrespectful [lit. ‘too much’]. We will adjust their interview and recording schedules.” Originally EXO was supposed to have their comeback stage on the 18th on Music Bank, but due to the cancellation of the program their comeback performance is also postponed.

Choreographer Hwang Sang Hoon expressed his discomfort with the leak of EXO’s ‘Overdose’ choreography.On April 10th, SM Entertainment’s choreographer Hwang Sang Hoon wrote on his Twitter, “When SM Entertainment record a choreography video, they make four copies: 1. a copy for the company’s confirmation 2. For monitoring 3. For SMTOWN’s YouTube channel(No watermark & name tag) 4. For broadcast stations(with watermark & name tag.)” He also wrote, “The leaked video has a water mark(the broadcast station’s name) and artists’ name tags. I wonder where this got leaked from.” Hwang Sang Hoon went on, “There is only one question in this Twit, and the rest are facts. Now, let me ask once again. Where did this get leaked from?” He lastly added, “There is only one copy that gets sent to outside of SM Entertainment, *the copy for broadcast stations*.” Netizens who saw his post left comments, such as “So, according to Hwang Sung Hoon, someone in broadcast station leaked it?”, “How did it get leaked?”, “EXO members must be getting unmotivated”, and “It would be ridiculous if it was really leaked from broadcast station.” Meanwhile, SM Entertainment has requested an investigation for this accident, and they will take an appropriate legal action.

EXO’s “Overdose” MV will be official released through Samsung Music after the first stage on the Comeback Show on April 15. 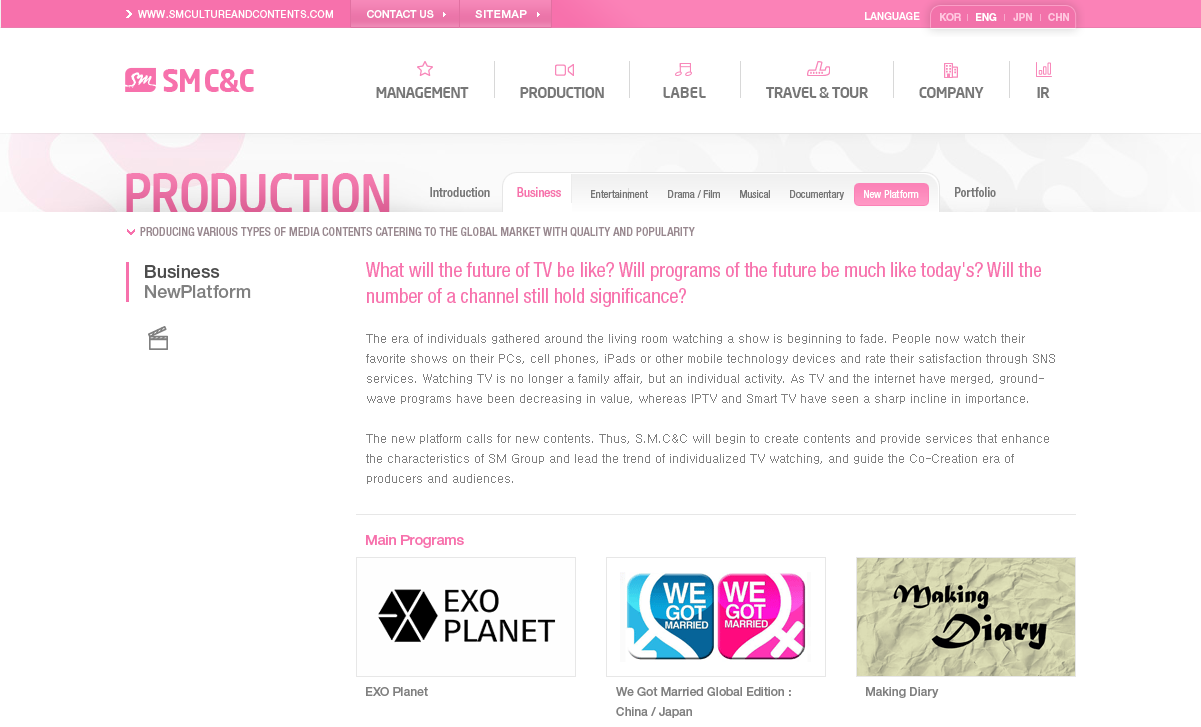 EXO who is having their 2nd Debut Anniversary on the 8th revealed the news about their first solo concert, making their fans excited.

EXO will be having their first solo concert ‘EXO FROM. EXO PLANET #1 – THE LOST PLANET -‘ at Seoul Olympics Park Gymnastics Stadium on the coming May 24th and 25th, expecting an explosive reaction from fans.

Especially for this concert, which is EXO’s first solo concert after debut, it is expected to gain fans’ hot interests as they start their Asia tour from Seoul to various surrounding Asia countries.

EXO will be showcasing in this concert their songs recorded in their new album which are yet to be made known as well as their music and stages for the past 2 years which made them a global trend, expecting to attract audiences with their fantastic concert and charms appeal.

EXO’s first solo concert will be starting ticket sales on the coming 16th May starting from 8pm, through the Internet selling site Gmarket (http://ticket.gmarket.co.kr), expecting a fierce competition between fans who wish to see them in person.

On another side, EXO is having ‘EXO Comeback Show’ on the coming 15th, at 8pm in the evening at Seoul Jamsil Indoor Gymnastics Stadium, and you can apply for the admission to the comeback show at Samsung Music till the coming 9th May (http://content.samsung.com/exoevent).

Translation: @LOVEdyokyungsoo
*Please take out with full credits!*
Thanks

EXO’s Chanyeol has been confirmed to move into the star-studded ‘share house’ for the upcoming variety show ‘Roommate‘!

According to a SBS rep on the 27th, Chanyeol has been confirmed as the fixed member for ‘Roommate’ following discussion yesterday on the 26th. Chanyeol previously proved that he has what it takes to be a vitamin role on variety shows through ‘Laws of the Jungle‘s Micronesia edition and will bring excitement as the only confirmed male idol star on ‘Roommate’.

PD Park Sang Hyuk of the program confirmed with TVReport, “We are currently filming with Chanyeol”. SM Entertainment also commented, “Chanyeol’s appearance has been decided on.